For those who wondered, yes you may enter every week. Winning one week does not exclude you from the future weeks.

James Porter is the husband to Margo Porter, and father to Anwen Porter. Descending from a long line of the same name, James was a devoted father, a dreamer, and a designer. A graphic artist by trade, he worked by commission on various projects, including illustrating books, designing maps, and occasionally spinning a few tales of his own.

Physical Characteristics: Not much is known about James' physical appearance. He was of average build, with brown hair, and wore glasses. He preferred comfortable clothes that were functional, and often had a studious air about him.

Personality: Though studious in his craft, James was easy to get along with. He loved to tease, but could be serious when needed. A devoted husband and father, James only wanted what was best for his family. He was dedicated, loving, and protective. Like his daughter, he was more than willing to give the shirt off his back to help another, often at the expense of himself. Perceptive and generally calm, he had a way of soothing over hurts and helping others see a broader perspective on life. He tended to bring the best out of people.

Brief History: James was born in New Hope to Nathan James and Jenna Loise Porter. After college, he met Margo, and they were married. Only a few years after Anwen was born, he felt compelled to move the family to Pallose, citing work as a reason. There, he worked various jobs to support his family, spinning fantastic tales to entertain his wife and daughter. When Anwen was around eleven, he died tragically. Before he died, he charged his young daughter to one day find their ancestral home and finish the work he'd started.

Now wait, you might say. This character is already dead. Well, so is Matthias. They're both important to the story though. So, who would you cast as James? Tell us for a chance to win a Key chain and bookmark set! 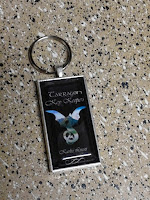 Last week's winner(s): While the suggestion of Josh Hutcherson was quite nice, Ashley Martinez's suggestion of Justin Gaston seems to fit the role of Mathias Porter so much better. What do you think? 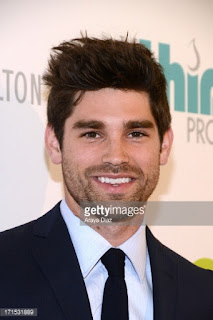 Ashley Martinez, please email me with your shipping information so I can send  you your prize! karliemlucas@gmail .com
Posted by Karlie Lucas at 5:44 AM